The Daily Chronicles are snippets of the most important news across the world for this and each day as it rolls in. Kindly also use it as an open thread.

From Intel Slava Z:  Putin, Shoigu and Lavrov are arriving in Belarus today. A wide range of relations within the framework of the Union State is being discussed. In Ukraine, they have already announced that an “invasion from the territory of Belarus” is allegedly being prepared, although there are no signs of mounting a strike force capable of conducting an offensive with decisive goals.

At the same time, the visit of Putin and Co. to Belarus precedes the collegium of the Ministry of Defense of the Russian Federation with the participation of Putin, which will take place in the coming days and where, as expected, some decisions may be announced. We are waiting with interest for the results of the talks in Minsk.

In addition, only last month we saw the Chinese defense forces and the Russian defense forces bringing their airforces into a state of readiness so that they can act cooperatively together, as one force.  Now, it is the navies.  From the Russian MoD:

◽️ The main objective of the exercises is to strengthen naval cooperation between the Russian Federation and the People’s Republic of China and to maintain peace and stability in the Asia-Pacific region.

At the end of this year, we have to understand that there is a massive defensive alliance being stood up right in front of our eyes.  This is happening with very little pomp and circumstance, but with firm objectives.  NATO is but a flea on the backside of this elephant.

Madness in my world! (good kind of madness).  I can literally hear people from houses around, fútbal shouting and cheering all over.  Thing is, they say … if France wins everyone will be pissed off except the French and a handful of francophiles.  Argentina is ruthless and quick, says the guy that I am listening to.  About 35 mins left and Argentine leads 2 to 0.  I’m joining the shouting crowds (just for fun) ..

2 Each … fans think the louder they shout, the greater chances of their team winning.  This old uncle, he said: sometimes all that will help is alcohol!

…. it is 3 3…  Incredible. Perfect Bread and Circuses.  (Talk to me about the shots of cocaine (or something), for the players).

It’s Argentina via penalty shootout!    Viva Latino Americano!  Viva Argentina.  People in our world (they love the game!), see this as an almost spiritual or a symbolic win.

Turn on the memory genes.  Some time earlier in this year, we saw a bunch of media saying that Gerasimov is gone, has not been seen, or some such strange announcements.

This was possibly chumming the waters.  Take a look:

💥On Friday, 16 December, Ukraine’s military command, defence and industrial complex systems and the energy facilities supporting them were hit with a massive strike by long-range, airborne and sea-based precision weapons. The purpose of the strike has been achieved. All the assigned targets have been neutralised.

◻️The strike prevented the transfer of foreign-made weapons and ammunition, blocked the movement of reserves to combat areas, and halted Ukraine’s defence enterprises producing and repairing weapons, military equipment and ammunition. In the course of repelling the strike by Ukrainian and Western air defence systems, a significant resource was expended on deliberately launched decoys.

💥At the same time, four radar stations of Ukrainian S-300 air defence systems in the settlements of Andrusovka and Pridneprovskoye (Dnepropetrovsk region), as well as Novotavricheskaya and Nikolay-Pole (Zaporozhye region), have been revealed and destroyed.

◻️As a result of the unprofessional actions of Ukrainian air defence units, civilian infrastructure on the ground has been damaged.

◻️In Kupyansk direction, fire was directed at Ukrainian military units in the settlements of Petropavlovka and Timkovka (Kharkov region). Up to 40 Ukrainian servicemen, seven armoured fighting vehicles, and four cars were destroyed.

◻️In Krasny Liman direction, the Russian troops carried out a preemptive attack on the enemy reserves near Kolodezi (Donetsk People’s Republic). Up to 30 Ukrainian servicemen were killed and wounded, two armoured combat vehicles and two pickup trucks were neutralised.

◻️In Donetsk direction, the Russian troops carried out an offensive which resulted in gaining favourable lines and new positions. AFU units made unsuccessful attempts to counterattack Russian units close to Bakhmutskoye and Opytnoye (Donetsk People’s Republic). The enemy was stopped and dispersed by artillery and assault groups. More than 30 Ukrainian servicemen were killed, as well as seven vehicles were annihilated.

◻️In South Donetsk direction, up to 35 Ukrainian servicemen and two armoured personnel carriers were destroyed during the day by active actions of Russian troops and artillery fire. Moreover, two AFU sabotage and reconnaissance groups were discovered and destroyed near Novomayorskoye and Shevchenko (Donetsk People’s Republic).

💥Operational-Tactical Aviation, Missile Troops and Artillery hit a temporary deployment point of the 14th Mechanised Brigade of the Armed Forces of Ukraine near the city of Kupyansk (Kharkov region), as well as 53 artillery units at firing positions, manpower and military hardware in 89 areas.

A brilliant performance of the Russian anthem by the one and only, Shaman. pic.twitter.com/42e3jUerAw

Zelenski and his proposed message of peace (demanding more money and arms is more likely), at the World Soccer Cup Final:  FIFA said no.  Zelenski forgot that there are some institutions that will not pay you, but you need to pay them (is my conclusion).

The rumors that Russia is preparing for a massive winter offensive are running rife.  I am not so sure.  Putin on Friday visited the joint headquarters of the branches of the armed forces involved in the special military operation. The President familiarized himself with the work of the headquarters, heard a report on the progress of the joint operation and held a meeting with the commanders.

“We will listen to the commanders in each operational area, and I would like to hear your suggestions on our immediate and medium-term steps”

Russia fired 72 missiles at Ukraine in an hour.  This has just appeared on the news tickers and there is no additional information yet.  The Russian MoD has not commented as yet.

The air raid alert was announced for all parts of Ukraine on Friday morning, as media and officials reported explosions in various cities and regions, including in the capital.

The mayor of Kiev Vitaly Klitschko reported explosions in at least three of the capital city’s neighborhoods and has urged residents to remain in bomb shelters. Aleksey Kuleba, who heads the Kiev Region’s administration, claimed air defense systems around the capital were engaging incoming missiles.

Reports of explosions and calls on the public to heed warnings about missile threats have come from Kharkov, Dnepropetrovks, Kirovograd, Poltava, and Vinnitsa Regions, among others. Meanwhile, the national system warning about possible airstrikes sounded for all parts of Ukraine by about 8:30 am (6:30 am GMT), according to local media.

There were few immediate damage reports, though the mayor of Khrarkov, Igor Terekhov, reported a blackout. Aleksandr Vilkul, who heads the administration of Krivoy Rog Region, claimed missiles had hit a residential building, without offering further details.”

OK then, the more you sanction, the faster the rest of the world leaves the collective west to stand or fall.

This takes your breath away!

This video shows Peru’s police repressing the enormous protests against the coup regime in the city of Ayacucho.

7 protesters were killed and 52 injured in Ayacucho in just one day — and the number of victims grows by the hour.

A little more on Brazil. Brazilian Police Launch Operation Against Coup Supporters https://www.telesurenglish.net/news/Brazilian-Police-Launch-Operation-Against-Coup-Supporters-20221215-0010.html Before the election, everybody was supposedly in the Bolsonaro camp. The cops, the military, the courts .. Now, with the heavy influence of the US, everybody, the cops, the military, the courts are dirty socialist commies. It… Read more »

Last edited 1 month ago by amarynth

Apparently some that walk among us are not ‘men’… 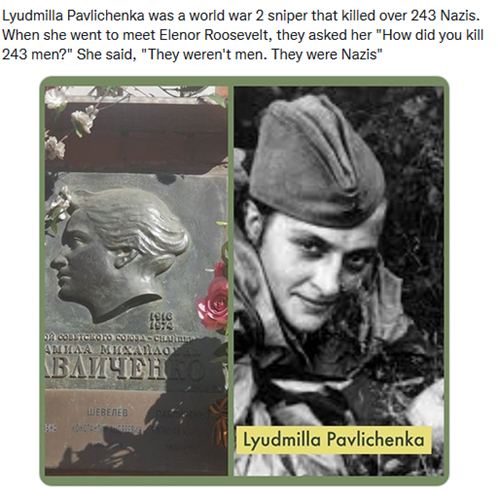 be well be safe

Steve from Oz
Reply to  QC?

okie I have to share this… with special thanks to Mr smoothie too 🙂 for all the very ‘honest sharing’ on yt 🙂 … but let me FKing ‘sh!t my pants’ first FKing crazy ruski!!! is that even possible????!!!! Russian anti-aircraft officer hit a TY-300D high-speed missile in China https://www.youtube.com/watch?v=IGtfTO9JFl4… Read more »

I am no longer sure if this is a joke?!!! WoW! just when you thought the sneaky b!tches has finally sink to the bottom of any morality left?! HO! HO! HO! RU Surprised?!! https://t.me/COVID19Up/16639 “It Has Gone Missing”: Israeli Government Claims to Have Lost the Agreement with Pfizer for COVID-19… Read more »

Hin all I was given this piece from Off-Guardian (written by Iain Davis) by a concerned reader to critique for them. And was wondering if some of the extremely sharp minds here would like to weigh in. Perhaps some comment as to impressions of who this media outlet really carries… Read more »

Last edited 1 month ago by Col..the Farmer from NZ